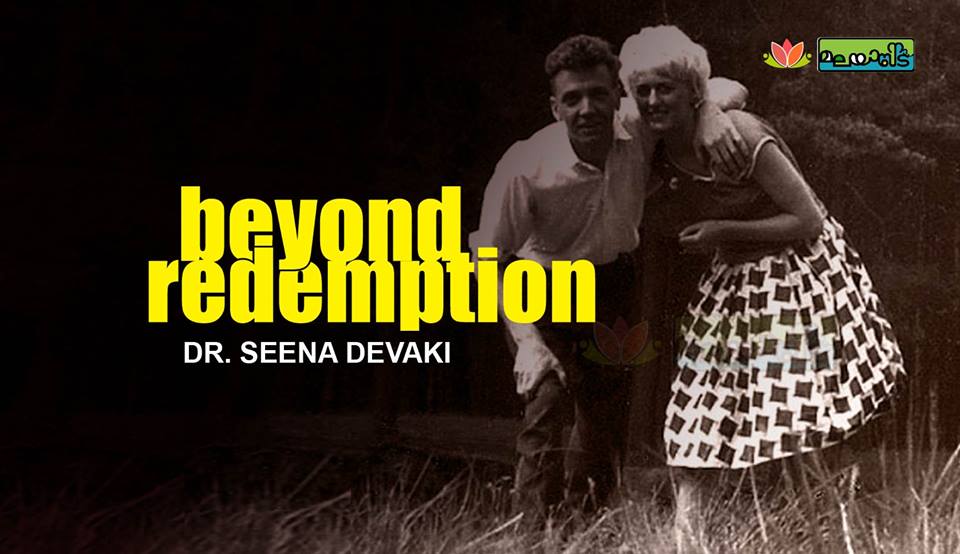 The year was 1999. I was doing my forensic psychiatry posting at Ashworth (one of the 3 high-secure psychiatric hospitals in England that admits the dangerously mentally ill). Ashworth was better known by its nick-name 'Brady's hospital', a nickname that came by because it housed Ian Brady, one of the "Moors Murderers". Brady was convicted with a ‘whole life order’ for the sexual torture and murder of 5 children. A whole life order, as you already know, is different to life imprisonment in that there is no possibility of parole.

Brady was not, by far, the most dangerous inmate at Ashworth, but he was the most famous (or infamous, to be precise).

In 1966 when Brady and Myra Hindley (his lover and partner in crime) were sentenced to life, it was the abolition of the death penalty a month after their arrest that saved them from the noose.

When evaluating a crime, the court (based on received evidence) decides how the convict is disposed; in common parlance, the ‘bad’ are sent to prison and the ‘mad’ to 'secure' hospitals. Myra was deemed bad and sent to prison and Brady was deemed mad and thus disposed to Ashworth (Brady later claimed that he feigned mental illness to go into hospital, let's leave it at that and not complicate this tale further)

Thus, it was during my tenure at Ashworth that our paths crossed, mine and Brady's.

In hospital, Brady had opted for solitary confinement, and I heard he was studying German. He and Myra wrote constantly, and he began a campaign to try to secure her visiting rights, insisting that they were, in effect, man and wife. When his concerted efforts came to nothing, Brady went on hunger strike.

That Brady enjoyed a privileged status in the hospital was common knowledge. There is in any large group a very small proportion of ‘king rats,’ individuals of such high dominance that they dominate even the dominant. Brady knew how to kick up a fuss, and was quick to pen grievances on issues that most other inmates would deem inconsequential. Brady had, over the years, honed his strategies at twisting the arms of the authorities to get his way.

My role was quite different to Clarice Starling’s from Silence of the Lambs. Being the junior doctor on emergency duty meant I had to, at regular intervals, go and check Brady's vital parameters – pulse, BP, respiratory rate.

Meeting Brady was an unnerving (to put it mildly) experience!! Brady was in a cell with tinted windows, wearing dark-tinted glasses. He was the only inmate in Ashworth I had seen with tinted glasses. I never got to see his eyes. Don't they say eyes are the mirrors to the soul? Obviously, I felt exposed and open to scrutiny, without access to Brady's inner world. Surely, Brady must have analysed me through and through, before I had even started.

Each time I sat at the nurse's booth documenting Brady’s casefile, the nurses told me stories about him - dogs would put their tails between their legs and cower underneath furniture as soon as Brady walked in, the room temperature would drop to that of an ice box in Brady's presence, talking to Brady was like playing chess, he was always a few moves ahead, Brady was the most chilling killer they had ever met, Brady was the longest-serving inmate, Brady had received numerous letters from women expressing their undying love and desire to bear his children and so on and so forth..

The hunger-strike that Brady commenced at the time when I was at Ashworth continued for over 18 years till his death a few months back in May 2017. Since my stint at Ashworth, I have read reports that Brady's hunger strike was a sham and that he had been caught eating toast on numerous occasions. That said, Brady had his naso-gastric feeding tube for all these years.

Many books on the Moors Murderers imply that Myra was over-awed and fascinated by her lover. She declared later: ‘Within months of meeting Brady, he had convinced me there was no God at all: he could have told me the earth was flat, the moon was made of green cheese and the sun rose in the West, I would have believed him."

Let us to it pell-mell; if not to Heaven, then hand in hand to Hell ! (Shakespeare) Within a fairly short time, Myra had been indoctrinated. She had become an atheist, and accepted what he called ‘moral relativism,’ the notion that right and wrong are creations of the human mind. She was soon as enthusiastic as he was about the Nazis. From then on, it was only a short step to accepting the ideas of the Marquis de Sade, whose basic notion is that physical pleasure is the only real value, and that all the rest of our moral values have been concocted by the ruling classes to keep the poor in their place.

According to de Sade, nature knows nothing about morality or good and evil; it inflicts pain or pleasure, happiness or misery, ecstasy or death, with utter indifference. Therefore there is no reason why the individual should not follow its example, and do whatever brings pleasure without regard to its effect on other people.

Murder, like anything else repeated often enough times, inevitably loses any mystical, moral or deterrent dimension and simply becomes a practical habit, or an interesting and sometimes dangerous mode of recreation, like hunting.

In normal human psychology it is generally assumed there are few powers greater than that of inflicting death on another. In the psyche it can attain cosmic significance. We are all a world unto ourselves, therefore, by destroying another human being we are destroying a profound microcosmic world.

In a letter to a friend Brady expresses his basic aim: “To shed the boring, accepted realities that suffocate the majority, and embrace or confront what lies beyond. I always had the sense of seeing far and deep, and had contempt for those who couldn’t. Sometimes I felt weary, as though being dragged down into a mire by others, but I always threw them off successfully, as if an inner generator was simply biding its time to save me, expanding the spirit in tune with a vast gestalt. Confronting a sea, a moor, or standing on a mountain, you can almost hear the unknown, invisible presences; you know they are there, almost within touch, speaking an arcane language, and you feel the power rise up within as you become a receiver. No religious twaddle involved, just a pantheistic and atavistic surge of ultimate energy and power, and it makes you laugh with pure delight or cry with gratitude.”

These words that can be construed as mystical comes from an evil mind beyond redemption!

References: The Gates of Janus (by Ian Brady) & Face to Face with Evil (Dr Chris Cowley)

Dr Seena Devaki works as a Consultant in Child and Adolescent Psychiatry in the UK. She lives in Sheffield with her son Advay who is studying at University. An alumni of the GS Medical College Mumbai, she has over 30 years of experience in Psychiatry of which 17 years is in Child Psychiatry. A Sunday painter and a reluctant writer, she is all too happy to admit her passion for gardening!